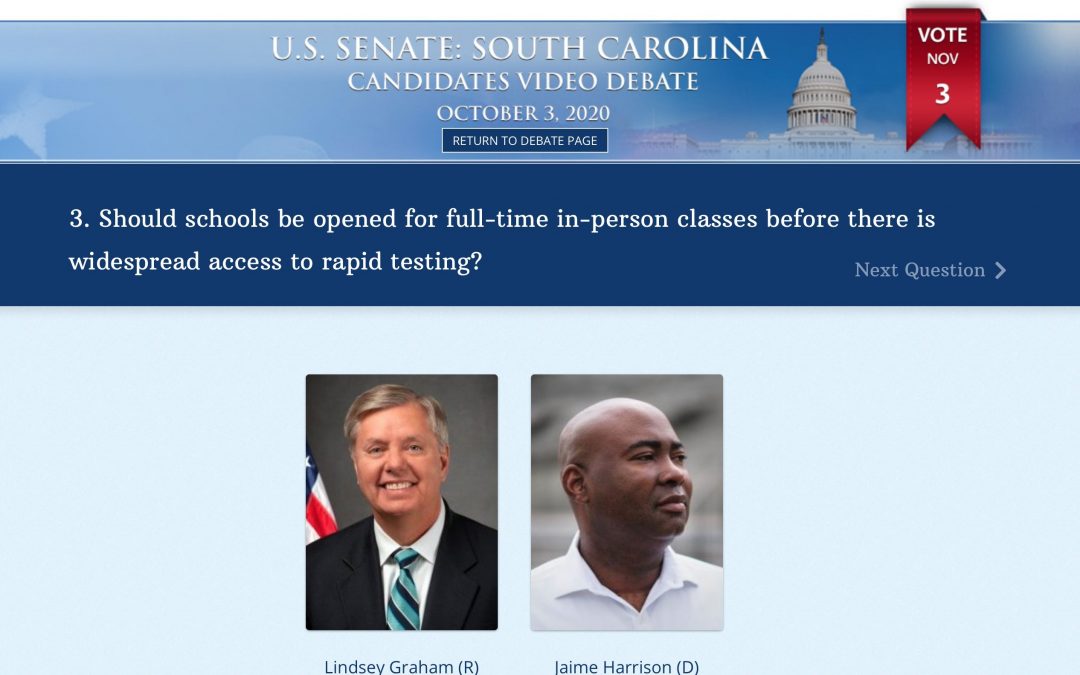 SEBASTOPOL, Calif., Oct. 16, 2020 /PRNewswire/ — This week, the non-profit Informing to Empower launched a vastly expanded Candidates Video Debate covering the most important races of the 2020 election. These include the Presidential and Vice Presidential contests, as well as the top eight hotly-contested Senate races for Arizona, Colorado, Georgia, Kentucky, Maine, Montana, North Carolina, and South Carolina.

The mission of the CandidatesVideoDebate.com, a non-partisan democratizing media platform, is to bring transparency, accountability and integrity to an electoral process now corrupted by political advertising paid for by corporate and special interest donors.

The ultra-accessible format cuts political debates into minute-long videos of every candidate answering every question asked of them for easy access, comparison and sharing. All videos are unedited except for start and stop times, and the questions are taken verbatim from the debates themselves. The non-profit website is free of advertising, so voters can inform-themselves in a 100% bias-free environment, without having to watch a full-length debate video.

The Candidates Video Debate system launched last spring for a dozen primary races, including a handful of Georgia primaries in partnership with the Atlanta Press Club and Georgia PBS’ prestigious Loudermilk-Young debates.  “This is an idea whose time has come,” said Lauri Strauss, spokesperson for the Atlanta Press Club. “We are delighted to collaborate with Informing to Empower in making political debates easier for Georgia voters to access and share.”

On the other side of the aisle, Democrat Jon Ossoff, now running for Georgia’s highly competitive U.S. Senate seat, emailed the Atlanta Press Club, “Wow this is fantastic.”

In a unique collaboration with the non-profit non-partisan Indiana Town Halls, more than 370 voters from Indiana’s battleground 5th District open seat between Victoria Spartz and Christina Hale, went online to vote for which of the two dozen questions got asked at the debate.

Les Zwirn, CEO of Indiana Town Halls, described how the survey and video debate interface synergize to create the revolutionary Informing to Empower Democracy system.  “Our non-partisan goal,” said Zwirn, “is to help voters make a better-informed decision. We will do this, first, by giving local citizens, instead of pundits, the opportunity to vote on which questions are asked. And second, by making it easier for voters to compare the candidates’ responses.

“The Candidates Video Debate informs democracy by providing citizens with the unfiltered positions of their candidates,” says Informing to Empower board member Liz Abzug, the founder of the Bella Abzug leadership Institute. “Voters can now learn about congressional candidates without the influence of pundits or the paid political ads that dominate the airwaves.”

“Our objective is to take money out of politics without new laws or constitutional amendments, which cannot be passed without the consent of the politicians in power who, by definition, benefit from the current donor-corrupted system,” said Informing to Empower founder Jonathan Greenberg.

Kalyanee Mam, a Sundance Award-winning documentary film director who was recently named Executive Director of Informing to Empower, observed,  “This year, more than ever, we need to wake up and remember what our country truly stands for–a government by the people and for the people.” 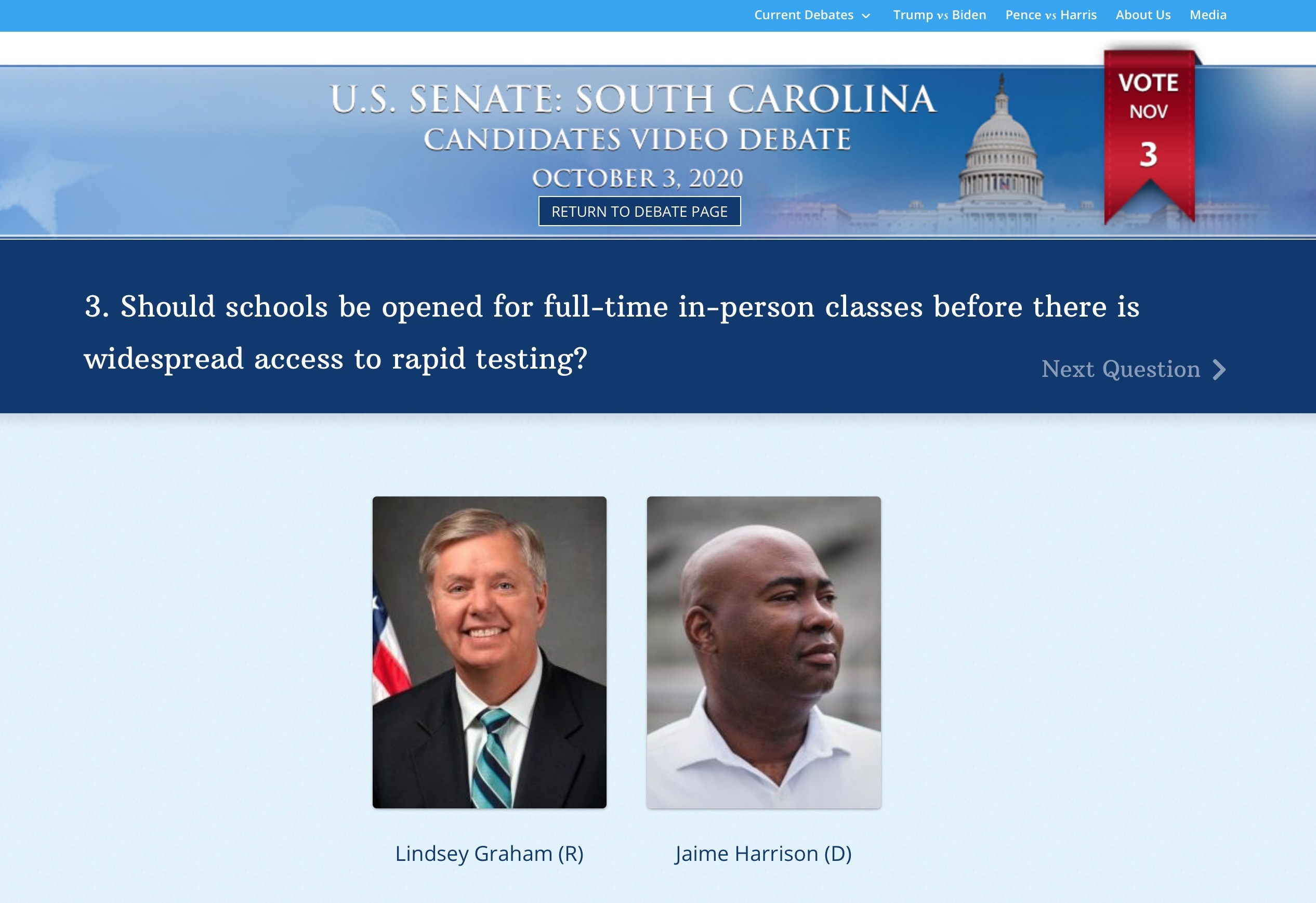