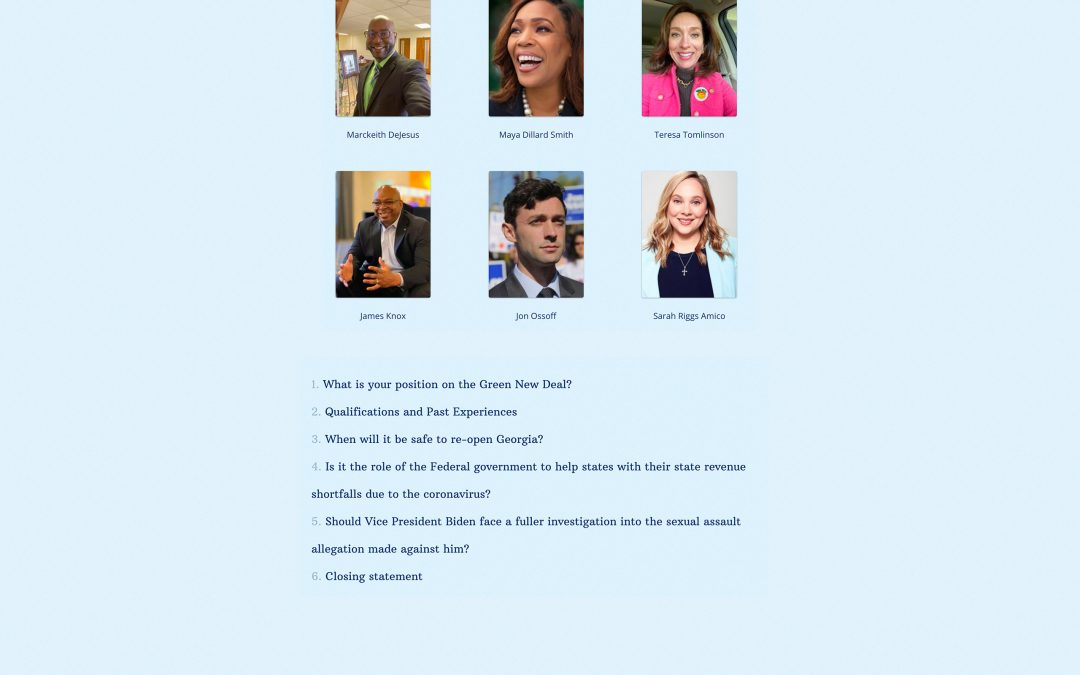 The innovative web format breaks existing debates into minute-long videos of every candidate answering every question asked of them and presents these in a simple format for easy access and comparison. The Georgia debates, which were recently hosted by the Atlanta Press Club in partnership with Georgia Public Broadcasting, are for the U.S. Senate Democratic primary, and for Republican primaries in the 6th, 7th, 9th and 14th congressional districts, as well as Democratic primaries in the 7th and 9th districts.

“This is an idea whose time has come,” said Lauri Strauss, spokesperson for the Atlanta Press Club. In 1998, the non-partisan journalism organization was one of the first in America to make political debates available online. This month, because of the pandemic, the press club and Georgia Public Broadcasting organized a live virtual online debate series for the first time. “Today we are delighted to collaborate with Informing to Empower in making political debates easier for Georgia voters to access and share.” 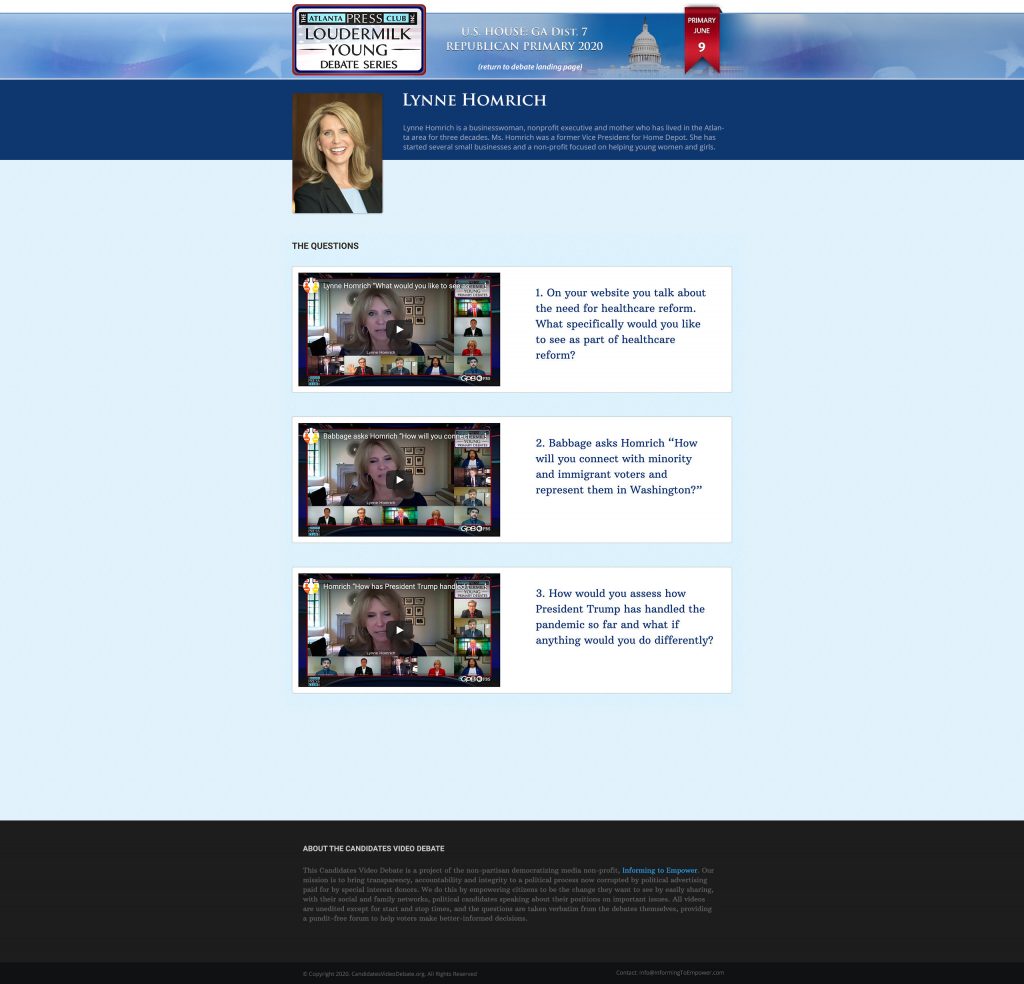 “Our precious democracy relies upon an informed electorate to make sure politicians work for voters and not campaign donors,” said Informing to Empower founder Jonathan Greenberg, a new media pioneer whose Web 1.0 company, Gist.com,won the First Annual Webby Award in 1997.

Informing to Empower board member Liz Abzug, Executive Director of the Bella Abzug leadership Institute, explained. “Voters can now learn about congressional candidates without the influence of pundits or the paid political ads that dominate the airwaves.”

Kalyanee Mam, a Sundance Award-winning documentary film director who was recently named Executive Director of the new non-profit, noted, “This year, more than ever, we need to remember what our country truly stands for–a government by the people and for the people.” 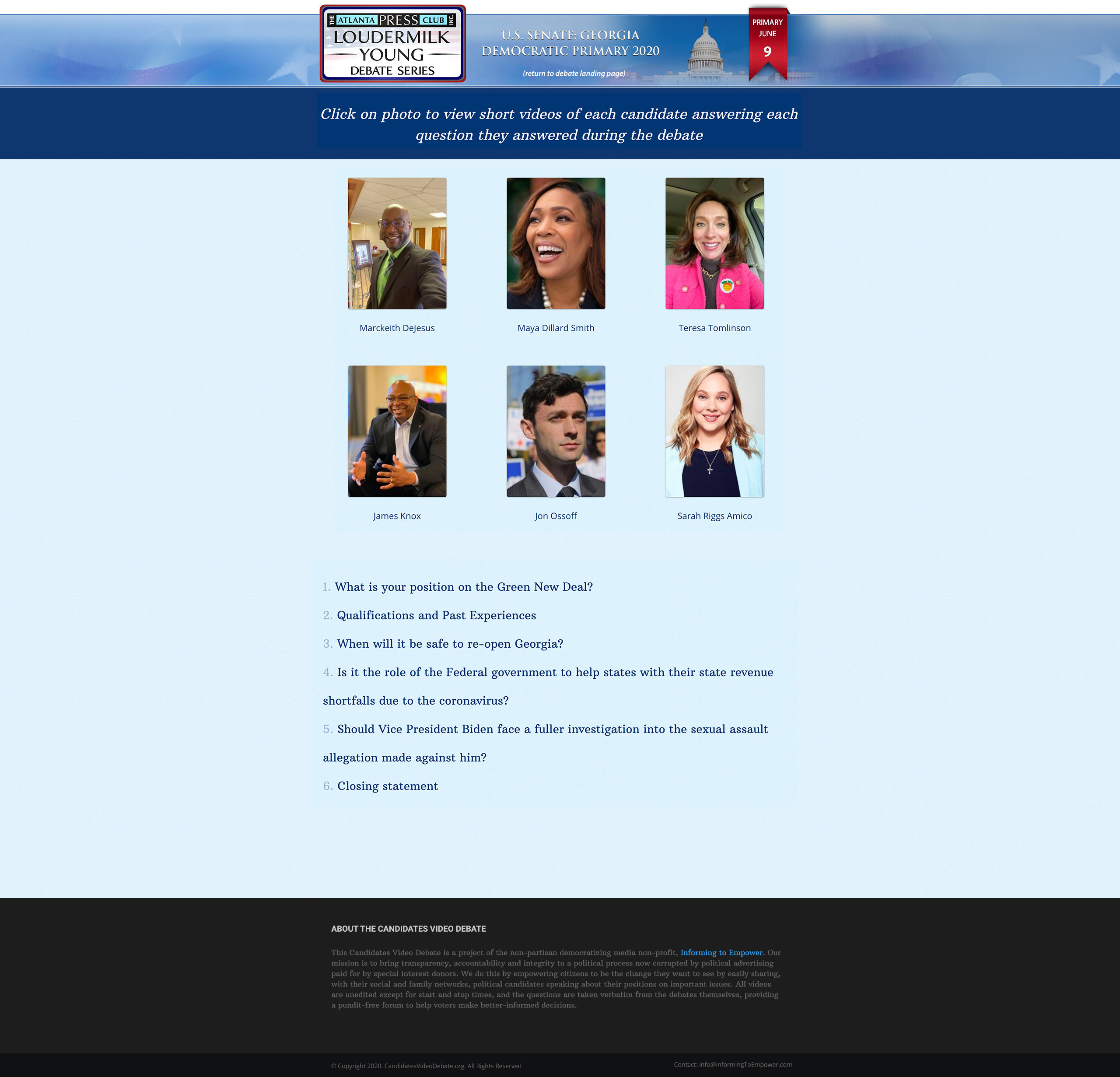